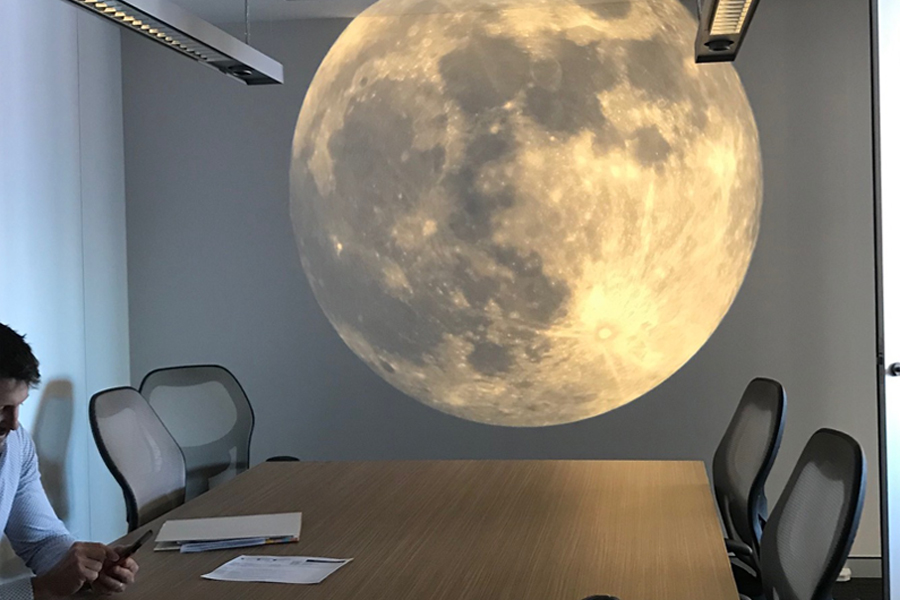 The iGuzzini Palco Inout Skin Changer uses a glass gobo to cast images and messages onto buildings, walkways, structures, trees and more! The luminaire(s) are controlled simply via a smartphone app. The custom gobo’s can be produced by Mondoluce. Set the scene for a special event or illuminate your garden / building with light!

See this amazing product applied around the world: 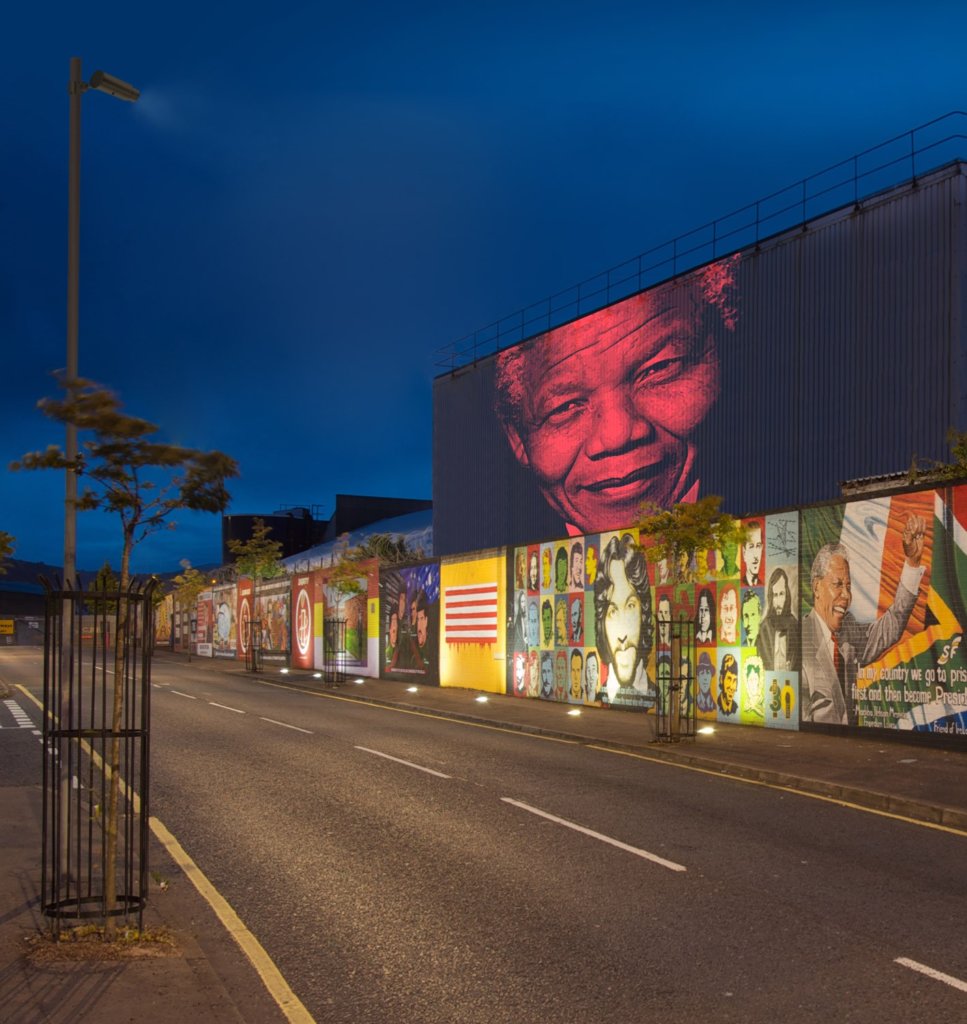 The street artists around the world paint works of art on city walls, to decorate or redevelop suburbs and run down areas. Light can become a new urban writing tool, to write at night and disappear by day. Creativity takes on different shapes and, as a whole, they add value to places, bringing them back to life. Palco InOut Framer with dichroic glass gobos and framer. 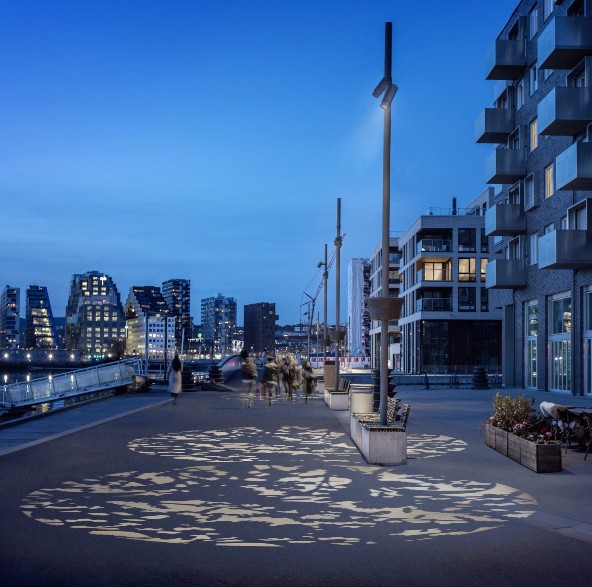 The light that filters through leaves on trees, in Japanese the “komorebi”, is the light which children follow. It is the light that projects uneven shapes, creating delicate shadows and lights. During the night the magic effect of the leafy branches swaying in the wind can be recreated on the ground, evoking the pleasure of Komorebi. Palco InOut Framer with micro-laser cut motifs and coloured gobos and dynamic dimmer effects. 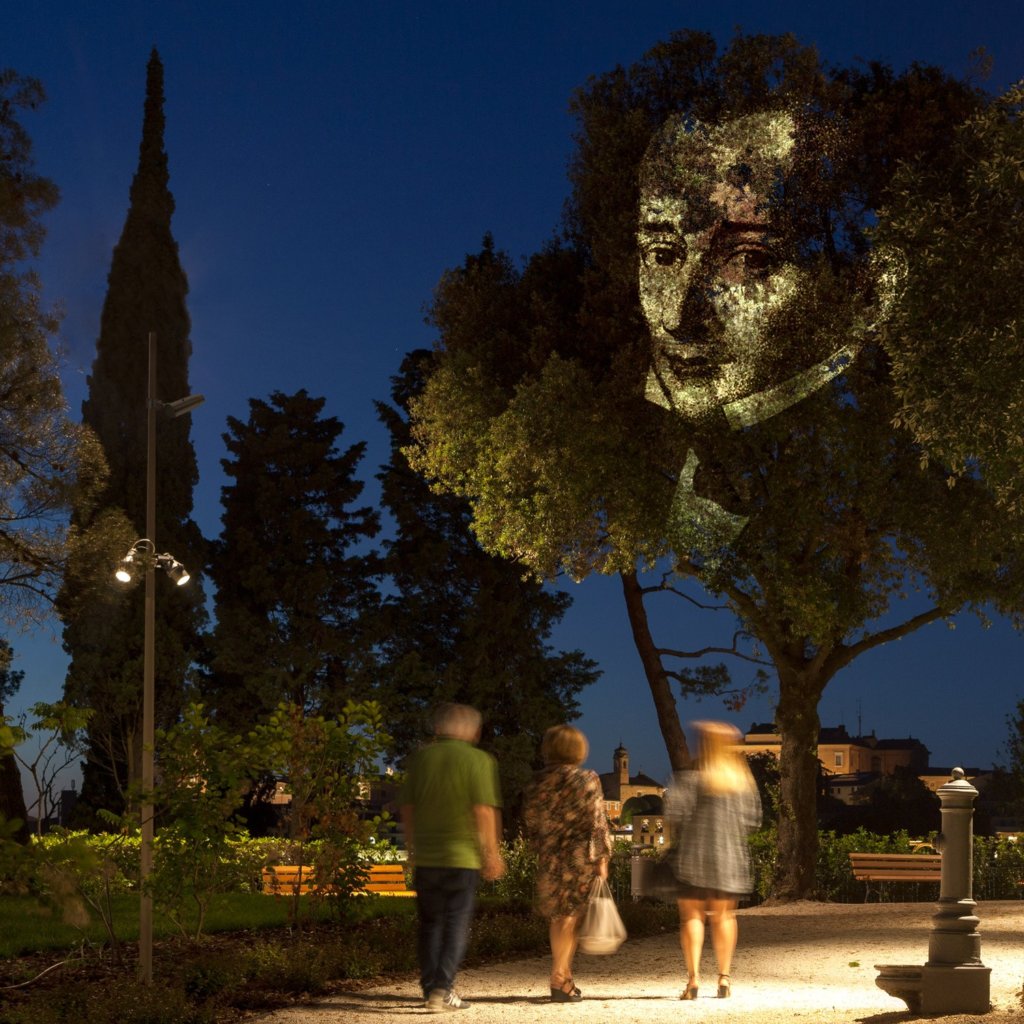 The trees transform into urban faces, lending their foliage as a three-dimensional shield to add depth to the projection of an image that only reveals itself at certain observation points. City parks, avenues or individual trees can be brought to life trough light, transforming all of a sudden into evocative glimpses over the city. Palco InOut Framer with dichroic glass gobos. 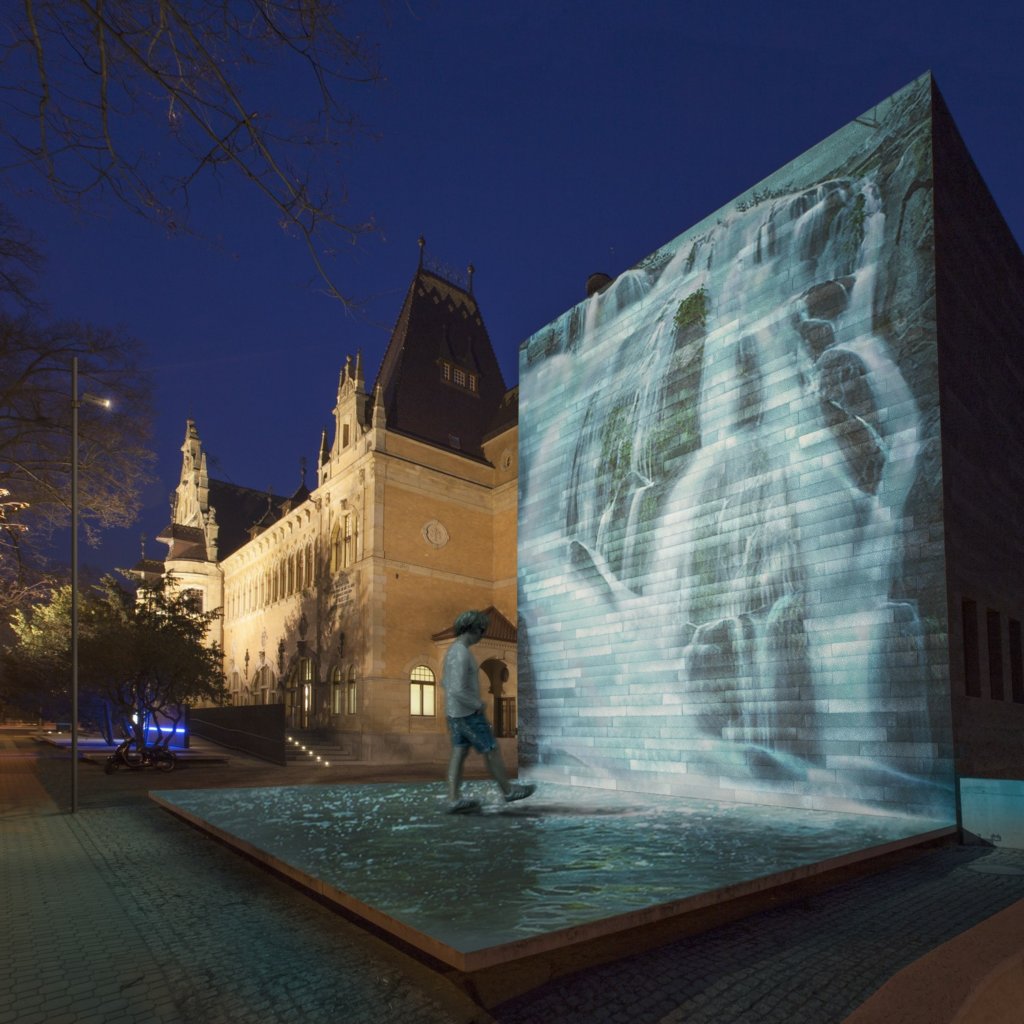 Walking on water transports a person to an almost dreamlike, fairy-tale reality. Immersing oneself in a city waterfall, interacting with the light, frees the imagination and stimulates pleasure by creating a joyful effect and feeling of well-being. It is possible to create static and dynamic water effects with light, to play with it and transform the city and the surrounding area. Palco InOut Framer with dichroic glass gobos. 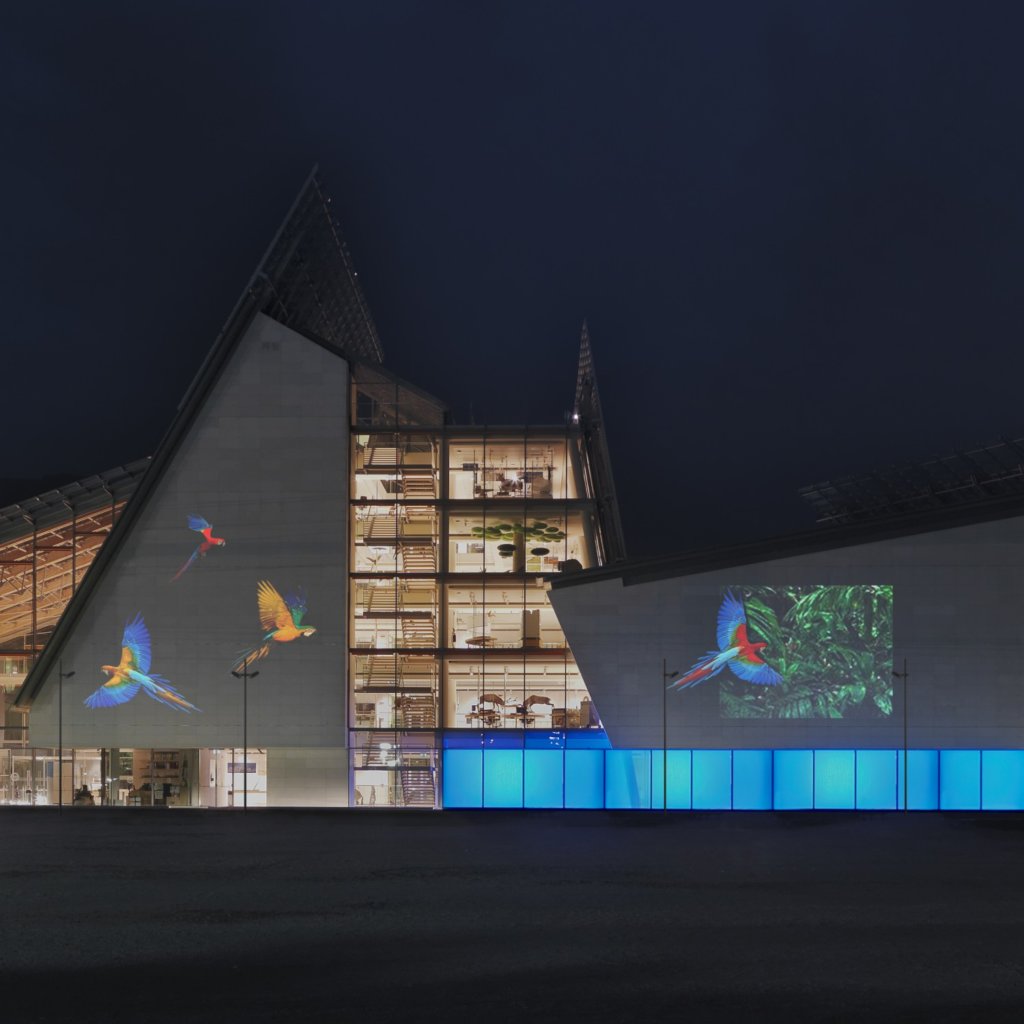 Being a Lilliputian / Trento

Nowadays, the surfaces of buildings conceptually enlarge the image of our small screens, catapulting people into a Lilliputian world and reproducing that effect of amazement which one has when something that is small suddenly becomes enormous. Palco InOut Framer with dichroic glass gobos and framer. 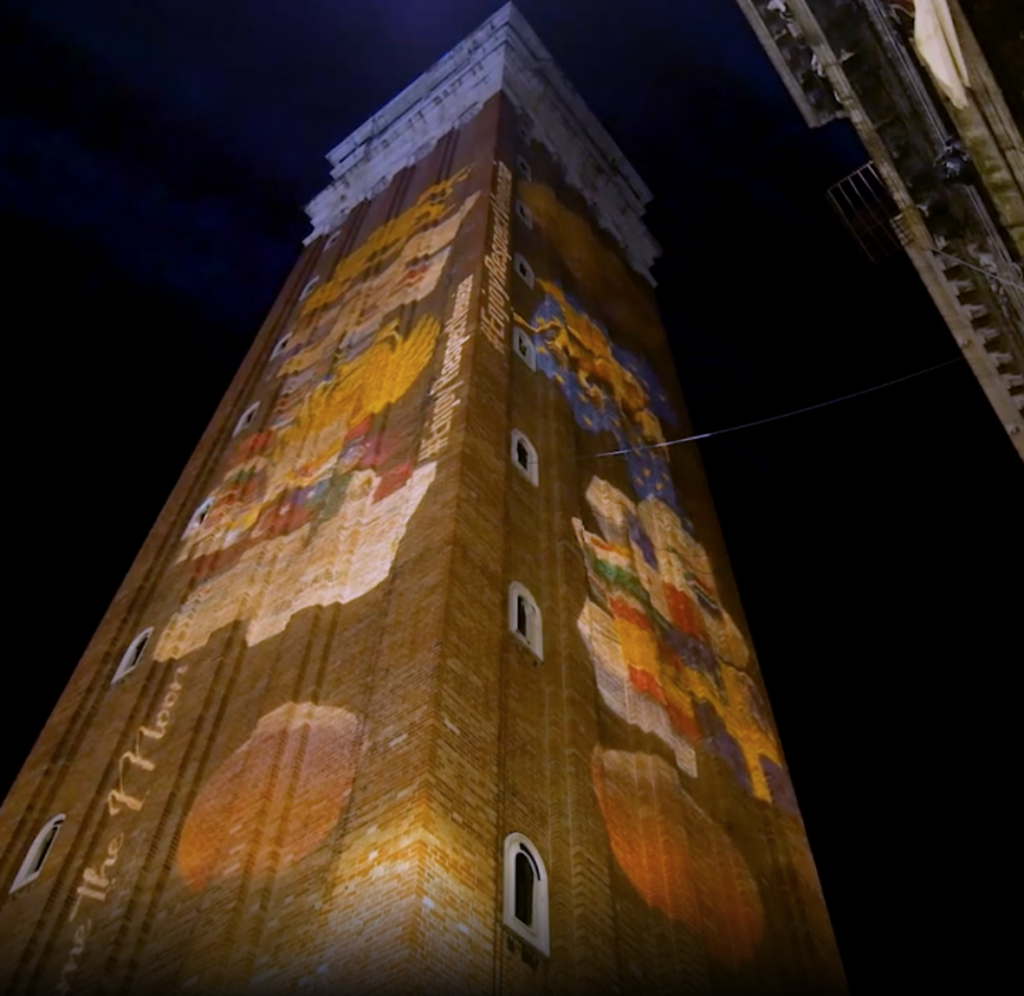 The artist, Mario Arlati, with the “Art Light Flags” installation steps outside of the museum and gallery surroundings to project himself onto the urban and lived-in museum of the city of Venice, through dynamic and evocative projections of the Moon. Palco InOut Framer with dichroic glass gobos and dynamic dimmer effects.